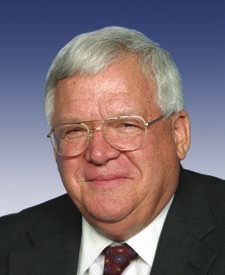 Why does the Senate have a filibuster, but not the House? As I have argued with regards to amendment procedures, supermajoritarianism and inequality are linked. By analogy, on an intuitive level, I have long suspected that Senate malapportionment and the filibuster are linked as well, but the mechanism is more elusive. Supermajoritarianism in Article V clearly protects the representational design of the Senate; the filibuster clearly does not, since the cloture threshold (60%) is less than the two-thirds of the Senate necessary to propose amendments.

Forget about why the filibuster started, or the way it was used from Reconstruction to 1965 to block civil rights legislation. Why has it endured over the last forty years or so, particularly considering that the nuclear/constitutional option suggests that any simple majority can vote it out of existence? It has been suggested that members of the majority want to preserve the filibuster in case they later become members of the minority, but this explanation is unsatisfactory. When you are a member of the majority, that is a certainty, while future minority status is speculative. Further, constituents surely put more pressure on senators for immediate results than for preservation of the filibuster. The rational strategy for any majority should be to end the filibuster, to govern, and to try to win the next election.

Another suggestion is that the filibuster is inherently conservative and thus favors Republicans. Maybe this is so, and maybe this explains why the Lott/Frist Senates were reluctant to end the filibuster. However, this suggests that Democratic senators should want to end it, which does not seem to be the case.

So let me try to develop an alternate explanation. About 66 senators come from small states, and 34 come from large states. Small-state senators, consciously or not, have an interest in a never-ending, intermittent debate about the filibuster. They talk about ending it for executive appointments only, or ending it for judicial appointments only, or letting cloture decline from 60% to something else after several days, or forcing filibusterers to actually stand up and talk. The media talks about Wendy Davis’s pink shoes, Rand Paul, Jimmy Stewart, etc. It is great theater, and some people think it is all charming and quirky and interesting, but it is all a distraction from the greater rot: malapportionment.

Look at it this way. Suppose that Harry Reid entirely ends the filibuster tomorrow. Within a few years, there would be a very prominent, close Senate vote which primarily small-state senators will vote down, against the wishes of the House, the president, and a majority of the people. In other words, Senate malapportionment would suddenly appear to be very wrong to a lot of voters. The filibuster would not have obscured it.

That’s the purpose of the filibuster: to obscure malapportionment.

At any rate, the Democratic caucus in the Senate is dominated by senators from small states, just as the Republican caucus is. They are not going to get rid of the filibuster.

Maybe this is giving senators too much credit. Maybe they have not gamed out the end of the filibuster. Maybe their opposition to ending the filibuster is more a matter of instinct, or intellectual confusion. Maybe they suspected that equal state suffrage in the Senate was wrong when they learned it as teenagers in Civics class, but they have long since learned that it is immutable and have stopped questioning it, and, unable or unwilling to understand the principles of political equality, they decide to stick with tradition, including the filibuster. 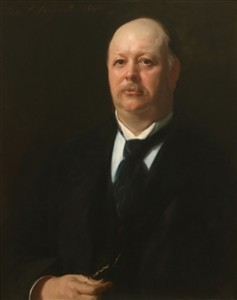 Pictured is Thomas Reed, the man who broke a different type of filibuster in the House in the 1890s. Money quote: “The best system is to have one party govern and the other party watch…”